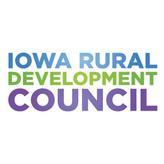 RSAI was formed in 2014 as a membership organization with a mission to advocate for students in rural schools to assure a fair, equal and quality education. RSAI consists of four regions in the state, used as the basis to form an elected leadership structure consisting of four regional representatives on the leadership group, each elected from their region to a three-year term, and three additional at-large members from anywhere in the state elected at the annual meeting, also for a three year term.

RSAI is the state affiliate of the National Rural Education Association and member of the Iowa Rural Development Council!